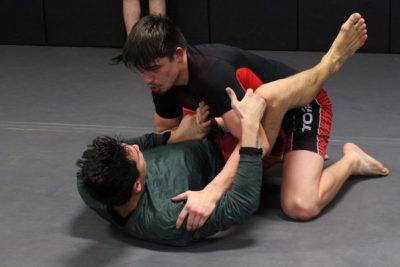 If you’ve been living in the martial arts space for a while, you’re probably used to wearing a gi that you grapple in. No-gi Brazilian Jiu-Jitsu offers a different take on BJJ and doesn’t just come with a shedding of the gi; there are rule changes involved that make no-gi a very different experience.

You’ll Be Wearing Board Shorts and Rash Guards

The most fundamental difference in no-gi is what you wear when you grapple. The most common attire for this type of BJJ is tank tops, board shorts, and rash guards that allow practitioners to grapple more freely.

You Aren’t Allowed to Grab Your Opponent’s Uniform

In no-gi grappling, the rules state that you’re not able to grab your opponent’s uniform in order to make a move or pin them. This rule changes the way opponents grapple, and creates a more difficult set of rules that can ultimately lead to a higher skill set.

You’ll find, as you watch a no-gi match, that leg locks are much more common than they are in BJJ where practitioners wear their gi. This is because no-gi allows for this type of lock at all levels, rather than in the higher levels of gi BJJ.

The Pace is Generally Faster

Another thing you’ll notice as you watch a no-gi match is that they tend to move at a faster pace. In general, a gi slows down a match, as opponents work to grab and hold on to get a pin. Without that, the movements in the match are much quicker and tend to come more rapidly.

Contact us to find out more about no-gi BJJ at Ascendant Martial Arts, and take a look at some of the membership options we offer to get you started.