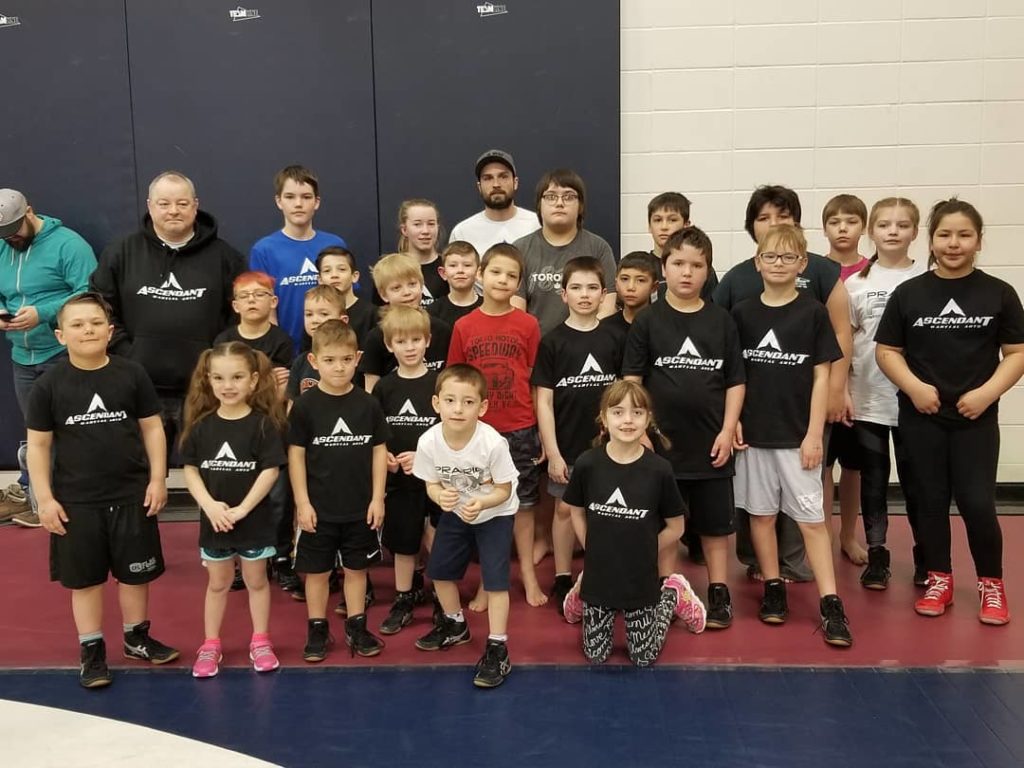 There are some indications that the sport of wrestling is up to 15 000 years old. It is generally regarded as one of the oldest sports known to man. The aim of wrestling is to physically control your opponent in order to force their back to the mat.

It is a highly competitive sport, where you will see the pinnacle of accomplishment at the Olympic Games. But wrestling is so much more than just competition. It is perhaps one of the greatest character and discipline building activities you will ever participate in. It is an excellent way to teach kids perseverance, work ethic, focus and discipline. It is highly regarded for it’s effects as a cross training tool for athletes in other sports. No other sport will have you as well conditioned and as strong as what wrestling will do. It’s effectiveness as a form of self defense has been proven in professional competitions such as the UFC(the overwhelming majority of UFC champions have wrestling backgrounds).
We have wrestling classes for kids as young as 2 years old as well as programs for adults and every age in between.

Known as the Art of 8 Limbs, Muay Thai is a striking Martial Art that teaches you to use your hands, elbows, knees and shins as weapons for self defense or for competition. Muay Thai is also renowned for it’s effective clinch technique (upper body wrestling) that you don’t see in Western Kickboxing.

As far as striking Martial Arts go, Muay Thai has been proven time and again to be the most effective in competition. It is highly regarded as a form of Self Defense and highly sought for it’s effectiveness for conditioning and weight management. At Ascendant Martial Arts, we use the Bang Muay Thai system, founded by Duane Ludwig, which teaches a lot of additional movement and defense, as well as offers a ranking system, which is especially great for kids and adults that are not interested in competing. The ranking system is a great way to see how your skills and understanding are developing over time.
We start the kids in Muay Thai at 4 years old and have classes for kids and adults.
TRY A FREE CLASS 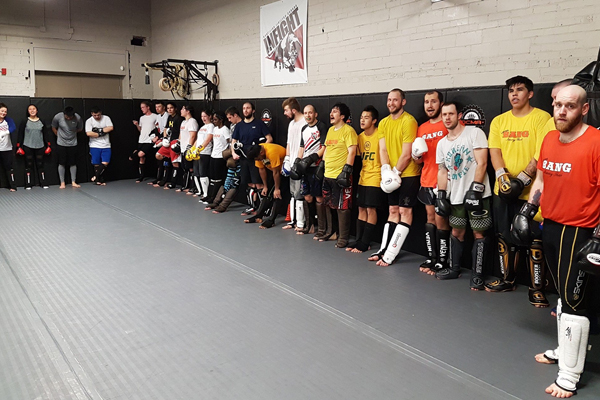 The MMA class incorporates elements from boxing, muay thai, wrestling and jiu Jitsu and puts them together into one cohesive system for use in self defense and competition. We offer classes for kids 8 -13 years old and adults 14 and up.

The MMA is a great class that will challenge your strength and endurance, while also offering the most complete form of unarmed self defense training available. Whether you’re interested in self defense, fitness or competition, this class is all encompassing.

Brazilian Jiu Jitsu (BJJ) promotes the concept that a smaller, weaker person can successfully defend against a bigger, stronger assailant by using leverage and proper technique. The goal, is to take the fight to the ground, where striking is less effective and size doesn’t matter as much. Once on the ground, you are able to apply your techniques, most notably joint-locks and chokeholds, to defeat the other person. BJJ training can be used for sport grappling tournaments (gi and no-gi), mixed martial arts (MMA) competition or self-defense. Sparring(commonly referred to as “rolling”) and live drilling play a major role in training, and a premium is placed on performance, especially in competition, in relation to progress and ascension through its ranking system. This is another martial art that has many benefits. Whether you are interested in Self Defense, Fitness or competition, BJJ has you covered.

NOT SURE WHERE TO START?

Picking the right program can be overwhelming. Let us help you!