Get to Know Ascendant Martial Arts 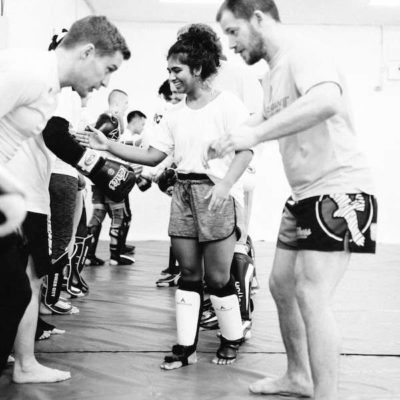 Here are the programs that we offer at Ascendant Martial Arts:

Today, wrestling is a highly competitive sport, but it’s much more than that. The goal of wrestling is to physically control your opponent to force their back to the mat. But it’s also a great character and discipline building activity. Wrestling teaches perseverance, work ethic, focus, and discipline. It’s also highly regarded as a cross-training tool for athletes who participate in other sports. Also, it’s an effective form of self-defense demonstrated in professional competitions such as the UFC.

Muay Thai is a striking martial art. Known as the Art of 8 Limbs, you use your hands, elbows, knees, and shins to learn self-defense techniques, as well as in competitions. It’s also popular for its effectiveness in physical conditioning, fitness, and weight loss.

At Ascendant Martial Arts, we use the Bang Muay Thai system founded by Duane Ludwig. This system includes instruction on additional movements and defense. For adults and kids who aren’t interested in competing, Bang Muay Thai also offers an alternative in its ranking system. Using this ranking system, you can see how your skills and knowledge develop over time.

Our Mixed Martial Arts (MMA) classes incorporate skills and techniques from boxing, Muay Thai, wrestling, and Jiu Jitsu. MMA is a great way to increase your strength and endurance while learning a cohesive system of unarmed self-defense. Whether you’re interested in learning self-defense, improving your fitness, or competing, this all-encompassing program will help you achieve your goals.

Whether you are interested in self-defense, fitness, or competition, Brazilian Jiu Jitsu has you covered. Training includes sparring (commonly referred to as “rolling”), as well as live drilling. Sport grappling tournaments (gi and no-gi) and MMA competitions include BJJ. There is a focus on individual performance, especially in competition, as well as progressing through the ranking system. BJJ teaches to use leverage and proper technique to bring your opponent to the ground.

If you’re interested in trying out a class, we offer a free trial to new students. To learn more about Ascendant Martial Arts and how we can help you achieve your martial arts and fitness goals, contact us to book your free class today.