Muay Thai: Get to Know More about the Art of 8 Limbs 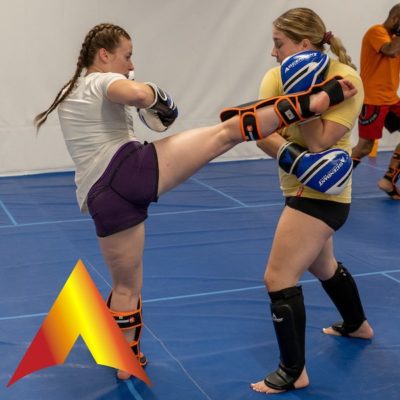 During Medieval war times, Muay Thai originated in Thailand as a form of hand-to-hand combat. Known as the “Art of 8 Limbs,” Muay Thai is a striking martial art that teaches you to use your hands, elbows, knees, and shins as weapons for self-defense or while competing.

Muay Thai is over 2,000 years old and is one of the fastest-growing martial arts in the world. Today, men and women of all ages and experience levels participate in Muay Thai. As far as striking martial arts go, Muay Thai has been proven time and again to be the most effective in competition.

It is a full-contact sport that’s highly regarded as a form of self-defense. But at the same time, many people train Muay Thai for its effectiveness with physical conditioning, fitness, and weight management. Athletes also develop valuable skills such as confidence, self esteem, independence, integrity, and work ethic.

Muay Thai is also renowned for its effective clinch technique that you don’t see in Western Kickboxing. It’s an upper-body wrestling technique where you grab your opponent around the body or neck.

The ranking system is especially great for kids and adults who are not interested in competing. Even if you’re not planning to compete in Muay Thai, this ranking system provides an effective way to see how your skills and understanding develop over time.

At Ascendant Martial Arts in Regina, we have in-person and virtual martial arts classes for adults. We also offer kids classes, including Kickboxing, for kids starting at four years old. To learn more about our programs and how to get started, contact us today.