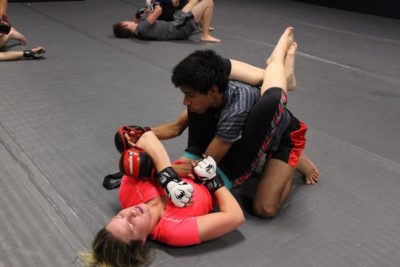 Mixed martial arts combines elements from Muay Thai, boxing, wrestling, and Jiu-Jitsu to create one cohesive system for use in self-defense and competition. This martial art style has gained quite a bit of popularity in recent years, bringing in new students who are looking to learn the style all over the United States.

For those who are new to the art (or even those who have been training for a while) these fun facts may prove useful as interesting tidbits about the martial art that’s on the rise:

#1 – “Pankration” was the first competitive form of MMA and was introduced during the Olympic Games in 648 B.C.

#2 – Bruce Lee is often credited as the first to practice MMA in the United States.

#3 – The traditional UFC Octagon may have been inspired by the Chuck Norris film, The Octagon, in which characters fight in an octagonal ring.

#4 – Shooto is known as the very first mixed martial arts organization, and was established in 1985.

#5 – Theodore Roosevelt trained in Judo, wrestling, and boxing, some of the central components of MMA.

Interested in finding out more about the history and nature of MMA? There’s no better way to start learning about MMA than to take a class. At Ascendant Martial Arts, we welcome everyone into our community, from beginners to those who have been practicing MMA for a while.

To find out more about what we offer, contact us today and set up your first class!